Learning a foreign language is a fun and magical process. For SOME of us:) For others, it can be very difficult! According to the 2013 American Community Survey done by the American Census Bureau, more than 61 million US residents, including both legal and illegal immigrants, as well as citizens who were born in the USA. This is an impressive statistic in some ways. However, when I read it, as an English language teacher in US public schools, I realize that “speaking” a foreign language or English is very different from having mastery of all areas of proficiency in that language, including reading, writing, and speaking. 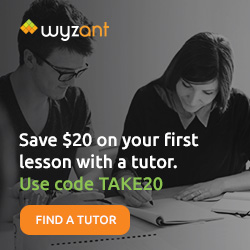 As a language teacher for longer than I care to admit (over two decades of experience, including private tutoring and public school teaching), here are tips I can recommend to anyone trying to learn a language. The very best way is to study, while also practicing with another person or other people regularly. It can be intimidating–but try to search to find a setting that is comfortable for you. I personally am an introvert, so I didn’t enjoy group events. I had two Russian friends in Russia who I spoke with, and also in Russia, I became fluent in Spanish with the help of a tutor!

Whatever you do, don’t give up! Language learning is exciting and interesting for some but if you are a quiet type or a person who feels uninterested in learning words and phrases in a foreign language, then the process might be more frustrating at times than it is for some people who are extroverts and have a natural interesting in languages. Like any other subject, learning a language comes easier to some than others, but also like other topics, with time and practice, everyone can learn a new language!